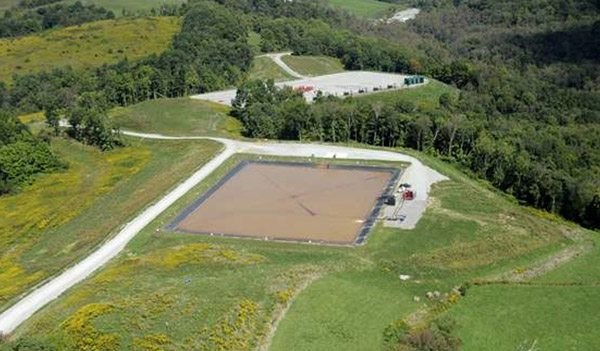 Tapping into Pennsylvania’s vast natural gas reserves while being a good corporate citizen and minimizing impact on the environment is a challenge confronting producers throughout the state. To that end, water impoundment ponds are being used to store the millions of gallons of water used in the hydraulic fracking process. The more-than-a-century-old Seneca is one of the largest mineral rights owners in the state.  The company owns approximately 800,000 acres and operates about 3,000 wells in Pennsylvania’s shale play. When Seneca Resources was looking to monitor construction progress on a new 40-acre impoundment pond in McKean County, Pennsylvania used for hydraulic fracking water, they turned to Identified Technologies’ mapping drone.

Deploying a single self-piloting Boomerang drone system with no human intervention, ID Technologies mapped the entire site in a total of four minutes, versus a standard aerial survey which typically takes one to two months. In addition to being dramatically faster at just .01% of the normally required time, the Boomerang mapping drone’s accuracy was within a statistically insignificant 0.4% of identical to a traditional aerial survey. Seneca Resources’ GISP manager for the operation said: “We’ve never seen anything like this. My team and I were amazed by the speed of the Boomerang system, and the accuracy proved to be more than adequate for our needs. Cutting our mapping time down to just a few minutes, while maintaining sub-centimeter mapping precision is a game changer.”