21 Oct How are surveying drones taking GIS mapping to the next level?

Posted at 14:46h in Construction UAV by admin 0 Comments
Share 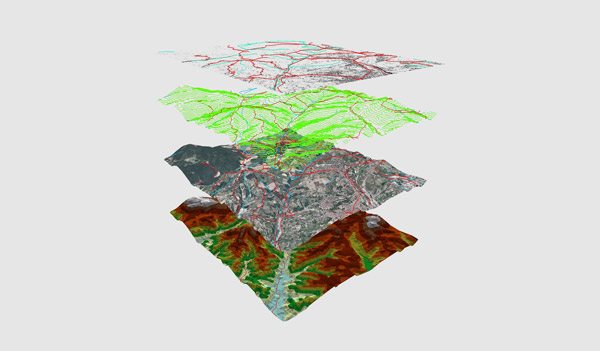 Through the use of geospatial technology which permits autonomous flight, GIS mapping drones are revolutionizing how remote sensing data collection is taking place at job sites across the U.S. and around the world.

GIS, or geographic information system have long desired high-resolution images in near real time. Ever improving software and new optical technologies have given drones the ability to capture such data over larger land areas. In addition, a drone’s unparalleled ability to fly at altitudes significantly lower than a manned or fixed-wing airplane enables it to capture survey images with sub-centimeter accuracy and with much greater resolution than had previously been possible. And with the large amount of overlap in the imagery, digital photogrammetry processing results in orthomosaics and 3D point clouds for GIS of similar high resolution. Finally, with drones, image turnaround time typically takes just a few hours, rather than weeks or months by traditional aerial mapping methods such as helicopters, plane, or manned survey team. The bottom line for GIS is that photogrammetry from drones are superior in detail, can be captured more frequently and faster, and cost less to produce.