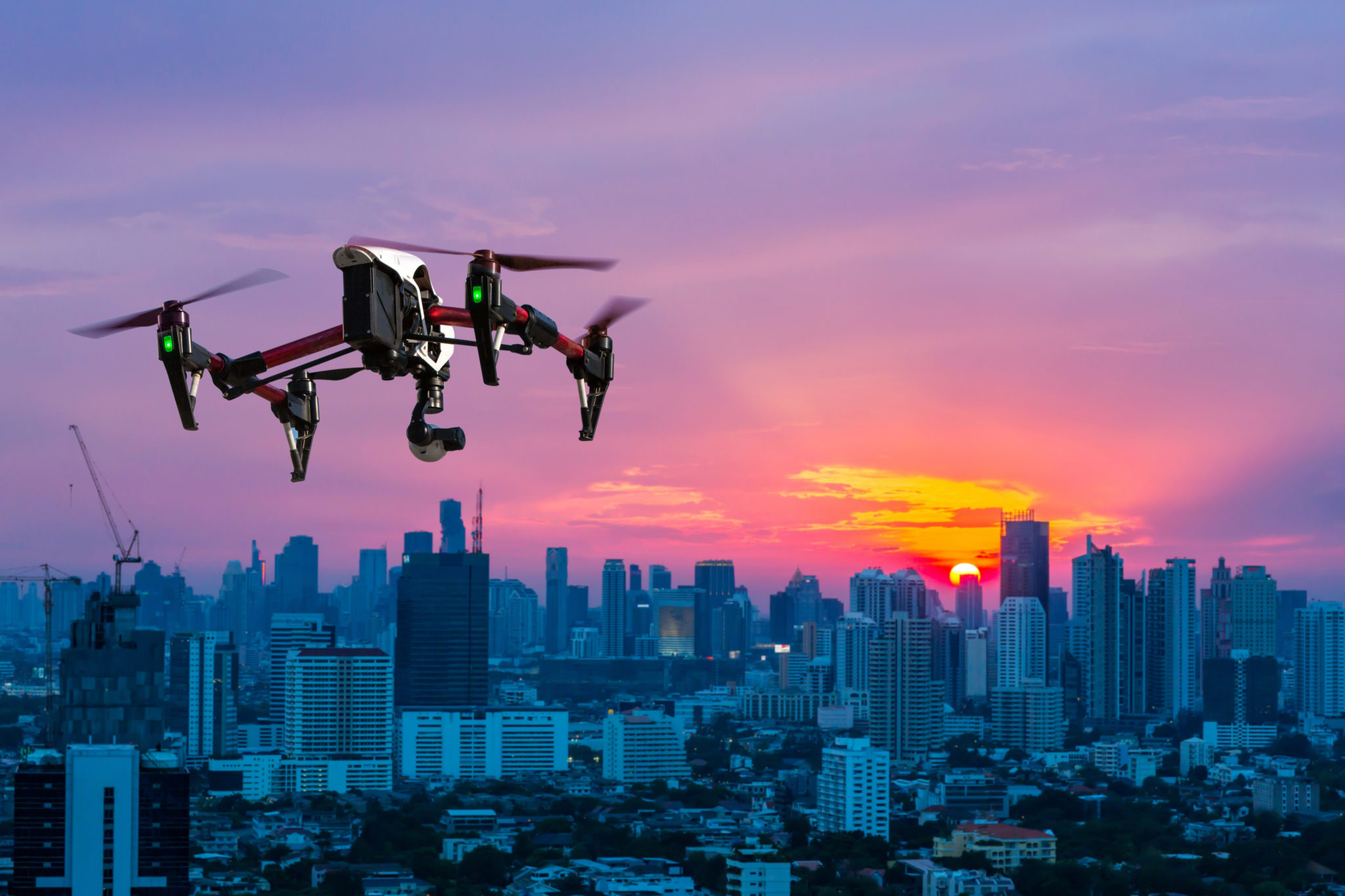 The drone mapping industry has the reputation of advancing at an extremely fast pace.

Simply adopting a drone into a business is old news. Now folks are looking to be more efficient and save money with what drone data has to offer and can look into different options to serve their specific needs.

It prompts the question:

What’s next for drone mapping?

In this article, we’re exploring the top four future of commercial drone mapping trends and what to expect in the coming years. You’ll learn what to look out for and potentially what to keep in mind if you’re in the market for a drone mapping solution.

When the law passed, it streamlined the way companies conduct commercial drone operations. However, there currently are a few limitations to the regulation, prohibiting key services in highway construction, security, energy, disaster relief, and more.

These limitations include no flights beyond visual line of sight, at nighttime, and over people (unless waived by the FAA).

Fortunately, in October of 2017, the White House announced those restrictions could soon be uplifted, especially in the wake of the natural disasters happening later last year.

For folks in transportation construction industries, this is a game-changer. It authorizes a commercial drone to be implemented on their projects without a waiver, enabling them to seriously reap the surveying benefits the technology offers.

Keep an eye out for these changes! It may take a little longer than expected for the restrictions to be uplifted because the focus first needs to be placed on UAS Traffic Management.

A Safe, Low-Altitude Airspace with UTMs

The liberation coming to Part 107 can, on the flip side of things, can be potentially worrisome.

It opens the door for drones to completely occupy the skies, calling for a management system to keep things safe.

Thankfully, NASA and the FAA are working on a UAS Traffic Management (UTM) to solve this problem, enabling civilian low-altitude airspace and UAS operations.

This UTM system would be an embodiment of the well-established air traffic management system we currently deploy, using its best practices.

According to NASA, there would be two different UTM ecosystems running at the same time. One would in between geographical areas, the “Portable UTM System” for agriculture and disaster relief. The other, the “Persistent UTM System,” would cover one specific geographical area, meant for low-altitude operations.

In spring of 2018, NASA plans to test this specifically over moderately populated areas (before trial runs had been done in rural areas). The next steps following that are unclear; it’s a process that will slowly make its way into society.

Another emerging trend in drone mapping is thermal imaging.

What is this exactly?

Thermal imaging or ‘infrared thermography’ is using a camera to detect radiation on the electromagnetic spectrum.

For the drone mapping industry, it’s deploying a drone with an infrared camera to flag a magnitude (no pun intended) of different things.

Thermal drones can also be used for rescue operations, which is currently the most utilized function of this technology for drone mapping. (You’re able to spot things like human life through heavy smoke while on firefighting missions!)

The agriculture industry is heavy adopter thermal imaging for drones. They’re able to see failing irrigation systems and crop stress through the surface of the ground.

There’s definitely more to come from thermal drones, largely because of its ability to ‘save the day’ in many different ways.

A hot topic being discussed in the tech industry right now is the growing presence of artificial intelligence; the performance of tasks by computer systems that would normally take human intelligence.

This technology is making its way into drone mapping, here’s how:

It’s taking the insights many drone mapping solutions promise to the next level. Currently, you can plan flights and allow the drone to take off and land on its own, taking your manual intervention to a minimum.

With the rise of AI for drone mapping, the need to plan flights manually is going to decrease with the computer’s ability to learn from data processing and spotting trends after multiple flights. It will make things, like construction project planning, a seamless process.

And these are just the beginning applications! AI will continue to streamline drone mapping as it becomes more present and more regulations pass.

I know this article is supposed to outline four trends, but we decided to add in a bonus: internet of things (IoT) and drone mapping.

When they come together, it makes job site activity clear as day.

IoT applications have been around for quite some time, but for drone mapping, it’s just starting to making an impact. In construction, it’s driving complete visibility into what’s happening on a project.

Let’s unpack this some more:

In fact, it shows where there could be roadblocks, bottlenecks, and provide the answers you need.

The combination of IoT and drone is unstoppable. With its ability to give you such a clear understanding of project status, it’s definitely something you’ll see more heavily adopted in the future by construction companies.

If you haven’t noticed, the technology taking drone mapping above and beyond is already here.

There really isn’t anything ‘future’ about it.

All of those things just take time.

So yes, the industry is advancing quickly, but at the same time, adoption isn’t. Thus, making the current state of the drone industry also the future state, as well.

It will be interesting to see these newer drone mapping applications continue to flourish within the different industries and how it continue to make your life on the job easier.

Click here to read the previous installment in this series, The Future of Commercial Drones.